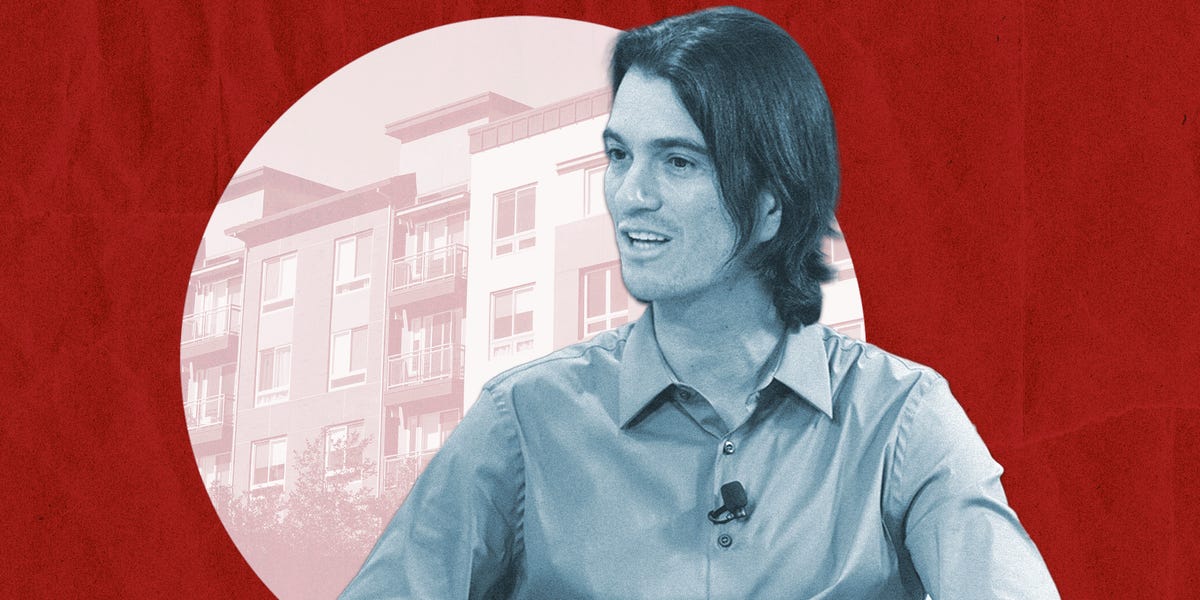 This article first appeared in 10 Things in Tech, an Insider newsletter that brings you all the latest tech news and stuff – delivered to your inbox daily. register here. Download the Insider app here.

1. Are we on the brink of a VC apocalypse? Senior correspondent Linette Lopez thinks we might be. In her latest article, Linette argues that Andreessen Horowitz’s $350 million investment in Adam Neumann’s new real estate company shows the industry is doomed.

2. These 18 popular reproductive health apps just got a privacy warning label from Mozilla. Mozilla discovered that apps – including Flo, Glow and Ovia – have opaque privacy policies and unclear guidelines about what data might be shared with law enforcement. Here are which apps now have a “Privacy Not Included” label.

3. Leaked messages show that some Github employees are unhappy that the company is ready to “sell our users” to Facebook. Earlier this month, the Microsoft-owned repository, where more than 83 million developers store and share their coding projects, announced plans to relax its widely-praised privacy policy — and employees aren’t taking it to heart. the slight. Here’s what they say.

4. Apple could hold its iPhone 14 event as early as September 7. Bloomberg first reported that the company will unveil its iPhone 14 lineup – expected to include the base iPhone 14, iPhone 14 Pro and others – at the show. Get the latest product launch event information.

5. Some Microsoft employees are “disappointed” with the company’s promised raises. In May, the company promised sweeping increases, meant to stop workers going to rivals like Amazon. Some workers told Insider the raises aren’t enough to keep them at Microsoft, and September 15 — the date they’ll be rolled out — could trigger an employee exodus.

6. These jobs make every generation happier. New data shows that while Gen X and Baby Boomers are happiest in leadership roles, like CEO or President, Gen Z would be happiest as a corporate recruiter or social media manager. See the full list of jobs.

7. Angel investors write the checks VCs won’t write for DTC startups. As investor interest in direct-to-consumer businesses wanes, early-stage brand founders are getting more money from angel investors. Why angels are the “most valuable” investors to have.

8. Airbnb is using new technology to prevent parties in the US and Canada. A new tool will “help identify potentially high-risk bookings” using criteria such as how far the customer lives from the listing, whether the booking is on a weekday or weekend and the travel time. Learn more about Airbnb’s “anti-party tools”.

9. Dodge is discontinuing the gas-powered Challenger and Charger muscle cars in 2023. To bid farewell to gas-powered sports cars, Dodge will unveil seven special-edition Charger and Challenger models. Get the latest on new “legacy influenced” designs.

10. An Insider reporter ranked eight streaming services. Insider’s Travis Clark pays nearly $90 a month for streaming services including Amazon Prime, Apple TV+ and HBO Max. While he found HBO Max to have the best selection of quality TV, others had advantages too. Here is his full ranking.

What we’re looking at today:

Keep up to date with the latest tech news throughout the day by checking out The Refresh from Insider, a dynamic brief audio from Insider’s newsroom. Listen now.