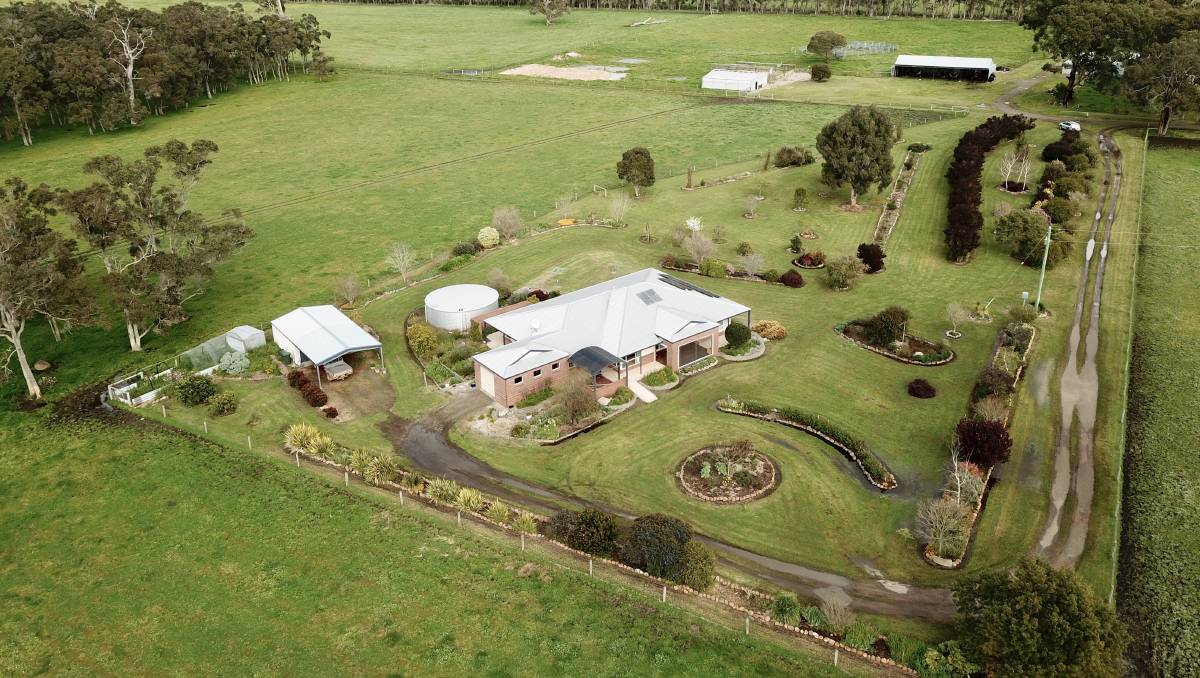 As the days get shorter and the weather gets colder, so does the real estate market.

This is a sign that the busiest time of the year is coming to an end for sellers and buyers alike.

But what have been the ups and downs of the season and what will this mean for the market going forward?

In the Mid West, cropland sales broke many records this season.

According to Courtney Keeffe, rural sales specialist at Elders Real Estate Geraldton, the hottest location has been in Northampton County.

An area just north of Geraldton Elders sold eight properties for over $40 million.

“The historic property, Oakabella in Bowes, had the highest price per arable hectare reached at $7,619,” Mr. Keeffe said.

He also noted other well-regarded properties sold under the Elders banner, including ‘Barellan’ (3578ha) and ‘Ninynook’ (399ha) in Ogilvie, Oakagee Farm (711ha) in Bowes and ‘Raymar’ (1611ha) in East Binnu.

Where rainfall has primarily been a strong buying factor, Mr. Keeffe found low-rainfall properties have also performed exceptionally well, such as ‘Eureka’ in Devils Creek which fetched $2,777 per arable hectare.

“Demand for pasture has steadily increased as the selling season progressed, lifestyle blocks are also selling very strongly with properties still listed at this late stage,” he said.

Across the state, there was a similar story, with land sales on mixed farming and high-rainfall pasture all popular.

Throughout the South Coast and Deep South, including Narrikup, Forrest Hill, Pingrup, Green Range, Mettler and Gairdner, there was great interest, with properties being sold via Expressions of Interest.

“Prosperous family farms looking to expand have been the main buyer demographic, with investors and corporations also active.

“Appetite for rural land appears to be following a similar trend to the previous 12 months with demand well outpacing supply.”

The historic Oakabella property in Bowes sold for the high price of $7,619 per arable hectare. Elders have sold eight properties in the Northampton area this year.

Mr Thomas thinks that overall this has led to higher prices with each sale.

In his area, he deals with a huge range of properties, including a big difference in precipitation ranges.

Rainfall in its regions can range from 330 millimeters to 1100 mm, and as such, establishing an average hectare rate can prove difficult.

With that in mind, Thomas estimates most sales are between $2,500 and $18,500 per hectare, which he says is a significant increase from a year ago.

Some of his most interesting sales included Mettler Rd in Mettler, which had 1030 effective hectares on the property.

“The property has been planted and will require full restoration to return to growing country,” Mr. Thomas said.

“The property has generated a lot of interest with several offers presented to the seller.”

“This one was a smaller lifestyle property on 142 effective acres,” Mr. Thomas said.

“There were good improvements with a large modern house.

“This property also generated a lot of interest, with multiple offers presented and sold for $2.03 million or $14,295 per effective hectare.”

Heading northeast, Nutrien Harcourts rural sales specialist Terry Norrish looks after Moora and Dandaragan counties, noting that this was his most prolific season in terms of the amount of sales, all the toughest sales being made.

“The entire agricultural region in which I do business has seen a significant increase in value over the past 12 months, with many buyers still looking to buy,” Mr Norrish said.

Because Mr Norrish said his two biggest sales were close to settling, so he was shy to divulge final figures and precise locations, but they are happening in the Watheroo and Dandaragan areas.

As for the pastoral market, this season has continued to build on the rise in prices over the past two years, with the carbon market playing an important role in driving the elevator.

Elders Real Estate Rural and Metro pastoral sales specialist Greg Smith said the Kimberley was still receiving a lot of interest from established cattle ranchers and the corporate sector, with multiple bids being received on all offers.

“Values ​​have remained reasonably constant across the region, with the main factors of variation being the level of improvement and the quality of livestock included,” he said.

“There have been very few Pilbara stations sold on the open market, although a number have been sold off-market with varying values ​​and in some cases values ​​influenced by mining access agreements as well as by pastoral value.”

The most interesting region according to Mr Smith was the southern rangelands from Meekatharra to the south, in an area made up of arid scrub and mulga country.

There was very strong interest from investors and the corporate sector driven by the potential market for carbon sequestration.

“Some buyers settled in this area after their own surveys, satellite mapping and computer modeling showed that the Murchison and Goldfields areas were able to sequester commercial amounts of carbon through modified management practices” , said Mr. Smith.

“Prices paid in this region for properties that qualify for a carbon project or have the potential to qualify can be much higher than growers who value a resort solely on carrying capacity and quality of upgrades.”

As a result, Mr Smith still has a long list of buyers looking for properties with carbon potential or with carbon projects already established.

“I would say the next two years could provide an opportunistic window to sell at a very high price,” he said.

With multiple deals set to continue per property and carbon farming just beginning to become another viable revenue stream, it seems a safe bet that Mr. Smith’s prediction could well be the case not only for the pastoral region but throughout the state.

Want weekly news highlights delivered to your inbox? Sign up for the Farm Weekly newsletter.