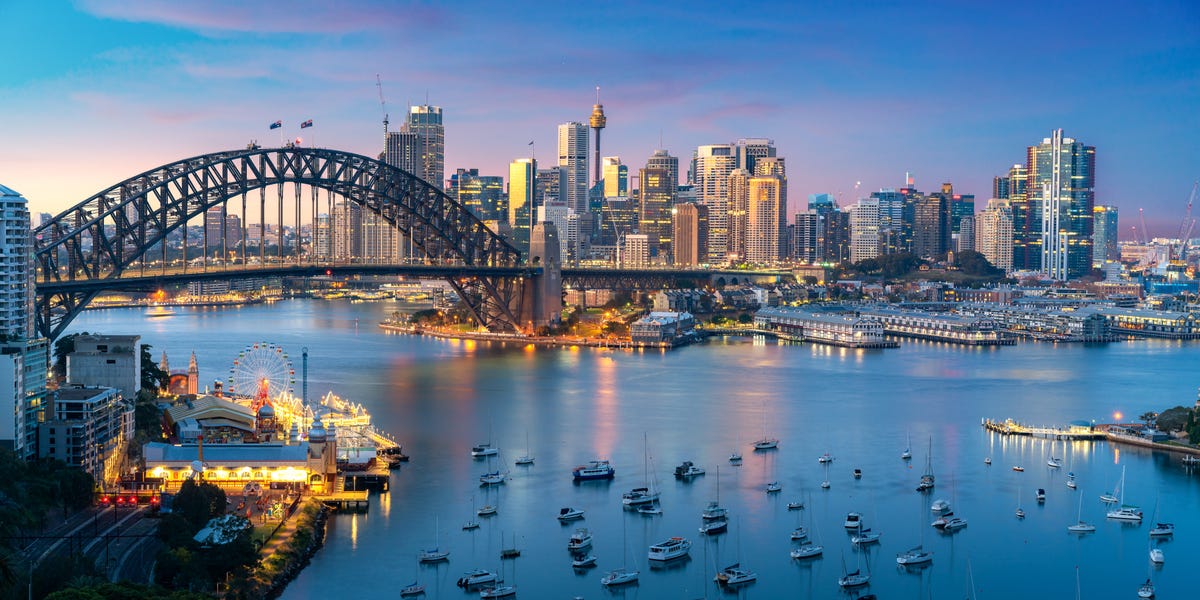 The United States is not the only country facing a real estate recession.

According to a research note from multinational investment bank Goldman Sachs, each of these markets is poised to experience “significant declines in house prices” throughout 2023. In Canada, residents face a drop 6% of house values, while the rate is 18% and 13% in New Zealand and Australia, respectively.

Although prices in the United States are only expected to fall by 3%, these countries each have unique housing challenges, all of which serve as a cautionary tale for the freezing US housing market.

Canada and the United States share a similar challenge: they don’t have enough homes for everyone who wants to buy.

In both countries, years of underconstruction and rampant investor activity have led to soaring prices and falling demand.

According to Canada’s national housing agency, CMHC, the country needs to build 5.8 million homes by 2030 to ease its affordability crisis. The task can be difficult given that the country – much like the United States – faces a shortage of construction workers and exorbitant home construction costs.

“There are supply issues, labor shortages right now and the cost of financing is going up,” said Aled ab Iorwerth, deputy chief economist at Canada Mortgage and Housing Corporation, at CBC News.

While house sales and prices are now falling in Canada due to rising interest rates — much like what is happening in the United States — the country’s housing shortage remains an obstacle to stabilizing its market. Although Prime Minister Justin Trudeau’s government has tried to boost supply by introducing a two-year ban on home purchases by foreign investors, housing experts say more will have to be done.

“I don’t think prices will drop as a result, although I think it will take away at least some competition in what is the most competitive market in Canadian housing history,” said Simeon Papailias, the founder of real-estate investment firm REC Canada, told Bloomberg, adding that a “two-year band-aid” is unlikely to have any effect on a fundamental lack of homes.

Young buyers are barred from home ownership in New Zealand

The New Zealand housing market is an example of what could happen when a country’s young adults can no longer afford the dream of home ownership.

Home to some of the most expensive property markets in the world, the country’s affordability issues have been exacerbated by inflationary pressures and rising interest rates. Many potential first-time home buyers in New Zealand are overpriced, which has led to a severe housing slump.

It sounds too familiar.

His government attempted to address the issue by introducing several billion-dollar measures, including increasing the amount of loans or grants individual buyers could receive from the government and raising taxes for property investors.

But the provisions have not been enough to address the country’s housing disparities.

As New Zealand’s housing crisis worsens, The Guardian reports that fewer of the country’s young buyers can afford to buy a home. With the median home price at $741,000 in June of this year, it’s no surprise that so many young adults nationwide are now locked out of buying a home. It’s an echo of the US crisis where the median home price is $435,000 and in 2019 it’s estimated that 70% of millennials cannot afford to buy.

The absence of young buyers from the New Zealand market has helped push the country’s homeownership rate to a 70-year low and intensified its housing downturn.

“The housing crisis has implications for all generations,” a 29-year-old told the Guardian. “Under the current model, a lot of people lose and a select few win.”

Australia has not escaped the housing downturn that is hitting global property markets.

Just like in the United States and New Zealand, the fight against inflation has led to higher mortgage rates, which has led to lower demand and falling house prices. As home buying activity plummets in Australia, economists fear the country is bracing for a property crash.

Data from CoreLogic shows that in August, in all Australian cities except Darwin, house values ​​fell. The company says the combined value of residential property in Australia fell to $9.7 trillion in August, marking the biggest quarterly decline in home values ​​since the 1980s.

“We are seeing housing values ​​falling faster now than we saw during the global financial crisis and also during the recessions of the early 1990s and early 1980s,” said Tim Lawless, research director at Corelogic, at the Guardian.

“With inflation likely to remain stubbornly high, the outlook for interest rates is for further increases through the year and into 2023, adding further downside risk to housing demand,” Lawless said. in a report on housing, adding that the value of the house is going down. in Sydney and Melbourne are “likely to expand to other capital cities and regional markets over the coming months”.

The real estate market is finally cooling down