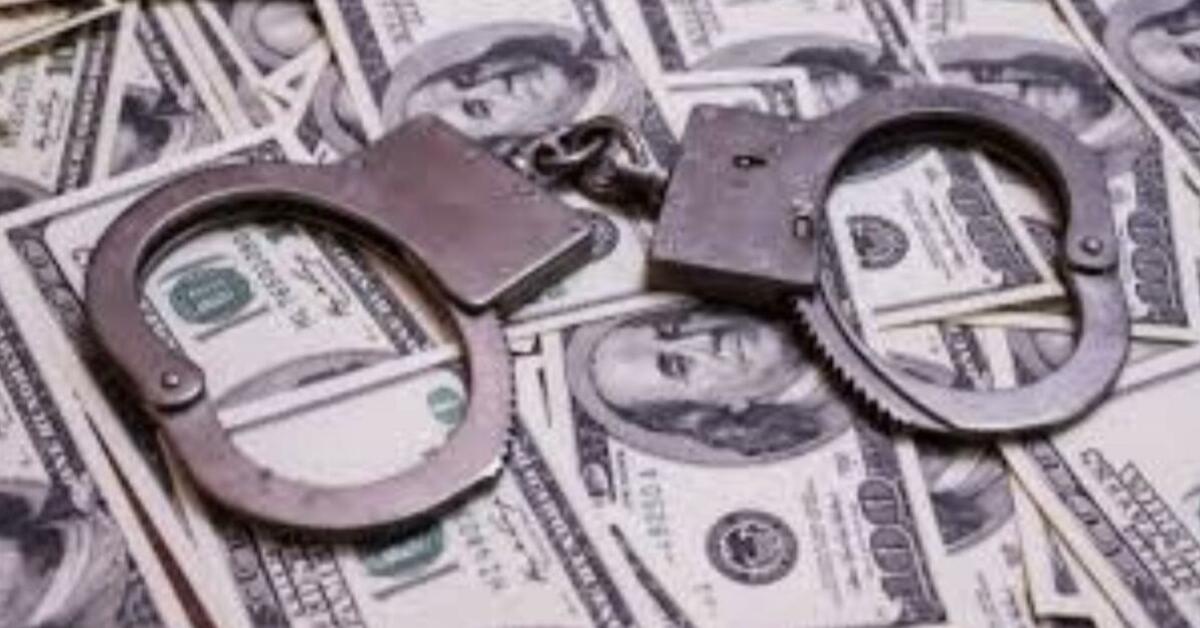 The chairman and a top executive of a real estate investment firm have been indicted for their role in a scheme to defraud more than 2,000 investors in a $650 million Ponzi scheme and conspire to escape $26 million tax debt, according to federal officials.

Salzano was arrested on October 12 and is due to appear by videoconference this afternoon before US Magistrate Judge Leda Dunn Wettre. Grabato remains free.

His sentencing is scheduled for February 23, 2023.

“As stated in the indictment, these defendants conspired to create a high-pressure fraudulent marketing campaign to deceive investors into believing that their bogus real estate business was generating substantial profits,” the U.S. attorney said. Sellinger.

“In reality, their criminal tactics were straight out of the Ponzi scheme playbook so they could cheat their investors and line their pockets.

Our message from today’s charges is that we remain deeply committed to rooting out all types of financial fraud schemes.

These schemes undermine our markets and erode public confidence in investing.

Together with our law enforcement partners, we will continue to prioritize the investigation and prosecution of financial crime in all its forms. »

“This case should serve as a cautionary tale to the consumer,” said FBI Special Agent in Charge James E. Dennehy.

“Before entrusting your hard-earned savings to someone, do your research on the trustee and the product they sell; become familiar with the red flags that can alert you to fraud; don’t let dollar signs cloud your judgment; and remember the old adage that if it sounds too good to be true, it probably is.

The FBI works diligently to protect the American public, arrest offenders, and recover stolen funds that have not evaporated.

The sad reality is that the consumer is rarely cured. Skepticism and analysis remain the best protection.

“These defendants prioritized their greed, stealing $650 million from investors while conspiring to evade $26 million in taxes.

The indictment sends a clear message that IRS Criminal Investigation Special Agents and law enforcement partners remain vigilant and will vigorously pursue those who attempt to enrich themselves through fraudulent means. .

According to documents filed in this case and statements made in court:

Grabato was president of NRIA and Salzano was the company’s general manager. From February 2018 to January, Salzano and Grabato defrauded investors and potential investors of NRIA Partners Portfolio Fund I LLC, an NRIA-managed real estate fund, of $650 million through lies, deceit, misleading statements and omissions material.

These included misrepresentations about the NRIA’s financial situation, how the defendants and their conspirators used fund investors’ money, Salzano’s leadership role at the NRIA, and his history of fraud.

The defendants executed their scheme through an aggressive multi-year nationwide marketing campaign that involved thousands of emails to investors; advertisements on billboards, television and radio; and investor meetings and presentations.

The marketing campaign misled investors into believing that the NRIA was a solvent business that was generating large profits. In reality, the NRIA generated little or no profit and operated like a Ponzi scheme, which was kept afloat by new investors.

Although they invested almost none of their own capital in the company, the defendants embezzled millions of dollars of investors’ money.

Salzano hid his actual leadership role at the NRIA while using Grabato as an alternate CEO in an effort to avoid investor scrutiny of Salzano’s earlier guilty plea for defrauding small businesses in Louisiana through a a large telecommunications company.

Salzano and Grabato also orchestrated a separate plot to defraud the IRS in its effort to collect $26 million in unpaid taxes Salzano owed to the U.S. Treasury.

Salzano and Grabato allegedly lied to the IRS, used an applicant network, opened bank accounts in the names of bogus entities, and used false and fraudulent corporate documents.

Conspiracy to commit securities fraud and conspiracy to defraud the United States charged in the indictment carry a maximum penalty of five years in prison and a fine of $250,000.

The tax evasion counts carry a maximum sentence of five years in prison and a $100,000 fine.

Individuals subscribing to false tax returns each face a maximum sentence of three years in prison and a fine of $100,000. Counts of aggravated identity theft carry a mandatory two-year prison sentence, which must be served consecutively to any other sentences handed down.

In a separate civil action, the Securities and Exchange Commission today filed a lawsuit in the District of New Jersey against Salzano, Grabato, Scuttaro and others based on the allegations underlying the Ponzi scheme alleged in the indictment and information.

Reasons why you need to hire a real estate agent