16 February 2022, 12:41 · The Walt Disney Company today announced its next step into the residential real estate business. “Storyliving by Disney” will be the corporate brand for the planned communities Disney will develop in locations across the United States.

The first Storyliving by Disney community will be Cotino, in Rancho Mirage in the Coachella Valley in Southern California. Created in conjunction with DMB Development, Cotino will feature a range of home types – including estates, single-family homes and condominiums – as well as a hotel, shops, restaurants and entertainment, including a waterfront park. lake which the public can access by purchasing a day pass.

Disney cast members will operate a community association for Cotino, and voluntary club membership for residents will provide access to a waterfront clubhouse, club-only beach, as well as the Disney programming, entertainment, classes, seminars and other activities throughout the year. . 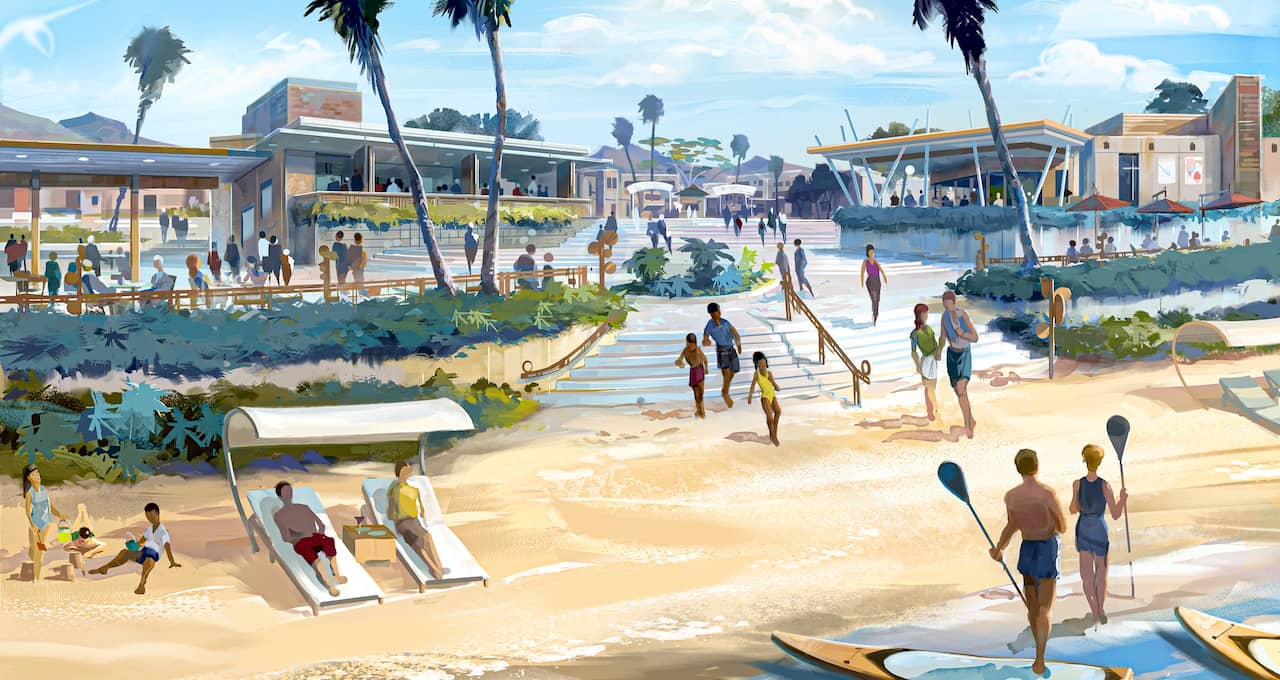 “Disney Imagineers explores the richness of each local region to inspire the theme of Storyliving by Disney Communities,” said Michael Hundgen, executive producer of Walt Disney Imagineering. “Distinctively designed indoor and outdoor spaces will provide residents with new opportunities to explore, engage and create the next incredible chapter in their story.”

At least one section of Cotino will be designated as a retirement community for those 55 and older, but homes elsewhere in the development will be available for residents of all ages.

Disney’s first attempt to get into the residential real estate business was the first experimental prototype community of tomorrow that Walt Disney proposed for what would become the Walt Disney World Resort in Florida. Although Disney dropped the proposal after Walt’s death, recycling the “Epcot” acronym for the resort’s second theme park, the company eventually entered the residential real estate business with Celebration in the 1990s. that Disney sold Celebration, Disney created the more upscale Golden Oak community at the Walt Disney World Resort. [Full disclosure: One of my immediate family members was a sales agent for both Celebration and Golden Oak.] Storyliving by Disney will expand Disney’s residential real estate business across the country, as Disney said it is exploring other locations in the United States for future developments.

“For nearly 100 years, Disney has shared stories that have touched the hearts and minds of people around the world,” said Josh D’Amaro, president of Disney Parks, Experiences and Products. “As we prepare to enter our second century, we are developing exciting new ways to bring the magic of Disney to people wherever they are, expanding storytelling to Storyliving. We look forward to welcoming residents to these beautiful and unique Disney communities where they can live their lives to the fullest.”

Update: I offer some early thoughts on Storyliving by Disney in my YouTube post today. Yes, America needs a lot of new real estate development, and maybe the Disney name can help make that happen. But an investor-owned vacation home community is not that.

* * *
We wanted you to read this article before we pitch our newsletter, unlike so many other websites. If you appreciate this – and our approach to covering theme park, travel and entertainment news – please sign up for our free e-mail newsletter three times a week. Thank you.

How Fortitude can transform your real estate business