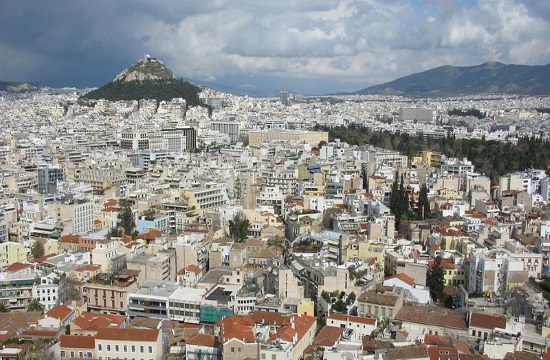 Lower ENFIA is welcomed by the real estate market in Greece

The Ministry of Finance published the main guidelines of the new uniform property tax (ENFIA) the previous week, according to which eight out of ten owners, corresponding to approximately 5 million taxpayers, will pay a property tax lower than that which they paid last year. .
Market representatives who spoke to the Athens-Macedonian News Agency (ANA) said that the decision to reduce ENFIA was positive, which on the one hand helps to support households and businesses and , on the other hand, is a tool for economic development. .
According to the new ENFIA, 14% of property owners, or about 875,000 taxpayers, will pay the same tax they paid last year.
Of the remaining 6%, or 375,000 owners, half, or 187,500 taxpayers, will have an increase of up to 50 euros and the rest depending on the area where their property is located.
The ENFIA cut measure was positively received by market people, who in statements to the Athens-Macedonian News Agency called it a development. The president of the Economic Chamber of Greece, Konstantinos Kollias, said that “the reduction of ENFIA reinforces the development momentum of the Greek real estate market“.
The President of the International Chamber of Commerce, Vassilis Korkidis, underlined that “the government once again proves the consistency of its words and deeds for a stable cumulative de-escalation of direct and indirect taxes”.
For his part, the president of the Athens Chamber of Commerce, Yiannis Hatzitheodosiou, noted that the government’s decision is in the interest of taxpayers and that no one can doubt it.

Thanks for reading Hellenic News of America

After Industry Crises, Startups, and Pushbacks, the State’s Payday Loan Database Is Finally Up and Running