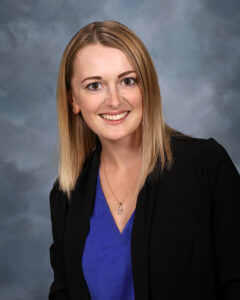 New agents, attracted by a hot market and flexible working, are flocking to the real estate sector

Chelsea Dykeman has always had a passion for real estate. Her father bought and sold investment properties and her family moved many times when she was little. As an adult, she still enjoys the feeling of moving into a new house or visiting a nice house.

So when the COVID-19 pandemic hit in 2020, forcing her family to shut down the pawnshop business she worked for, she set out to achieve a long-held goal: get her real estate license.

“It’s something I’ve always dreamed of doing and it took a very scary situation for me to have the opportunity to pursue it,” Dykeman said. “You have to have time to focus on it and I never really did, until closing time.”

Dykeman obtained his license in the summer of 2020 and began working with Howard Hanna Real Estate Services in North Syracuse.

She wasn’t the only one who decided the time had come to become a real estate agent.

The pandemic has caused an exodus of workers from countless industries, but real estate has been an exception. New agents have flocked to the profession, lured by the promise of a hot market, flexible hours, the ability to work from home and the relative ease of entering the field.

The National Association of Realtors reported 1,372,312 members in the United States as of March 2020. Two years later, the group has about 159,000 additional realtors in its ranks.

When Dykeman made the decision to start online classes to prepare for her licensing exam, the 28-year-old didn’t know if she was embarking on a new career or a side gig. After all, she had been working full-time in her family’s pawnshop business for years and at the time they expected to be closed for just a few weeks. She finished her courses in a few months.

When she started with Howard Hanna that fall, Dykeman entered a real estate world that was still recovering from being turned upside down earlier in the year.

In such a tight market, it was difficult to help buyers find the right home. Sometimes she couldn’t bring in potential buyers to view the homes or there were strict restrictions and protocols. Dykeman said she sometimes felt like the sky was falling, but she handles stress well and it likely helped her look past the chaos at the time and focus on growing her business. .

His efforts paid off. In 2021, her first full year, she logged $3 million in sales and won a rising star award from Howard Hanna.

Dykeman said she had a large extended family that helped her find clients when she started. She also focused on her social media presence. If someone sees one of her posts on an ad, they may not take any action, but she says if he needs an agent in the future, he’s more likely to contact her. contact.

Dykeman also took advantage of his in-laws wanting to sell their house and downsize. They waited for her to get her license and become her first customers.

She said that if not for the pandemic, she might not have made the decision to change careers.

“Honestly, it was the best decision I’ve ever made,” she said. “I was able to finally focus on getting this license and I had a great career because of it.”

The influx of new real estate agents in central New York has not escaped the notice of seasoned real estate agents and brokers. Teri Beckwith, an agent for Hunt Real Estate in Clay, said that when an industry seems to be booming, it’s natural for those not in the business to want to get in on it.

“I’ve had more people approach me in the past two years about becoming a real estate agent than I’ve ever had in 26 years,” Beckwith said.

Bill Galloway, owner of Century 21 Galloway Realty in Oswego, said he’s had his busiest year since getting into the real estate business decades ago. Its office, which includes two dozen agents, finished first in the state among Century 21 franchises in total units sold. But during the pandemic, he had several outlets, including a few retirements.

“I really had to replace them, so I started recruiting and now I have a number of new agents,” Galloway said.

While his new agents include a mix of backgrounds, Galloway said several of them are younger and want to start real estate careers right out of high school or college. While it’s not uncommon for agents to enter the field early in life, it’s something Galloway said he’s noticed is much more common among millennials.

“In the past, it was more like someone retiring from a career and looking to start a new career or someone who was between jobs and didn’t know what they wanted to do,” he said. -he declares.

Newcomers are drawn to real estate for a variety of reasons outside of a booming market.

As many workers during the pandemic considered changing careers, real estate was particularly attractive in part because of the flexibility of the profession, said Chris Teelin, associate broker at Howard Hanna Real Estate Services in North Syracuse. Instead of having to report to an office each day from 9 a.m. to 5 p.m., officers can work from home if they wish and decide on working hours, he said. Some officers have taken advantage of the flexibility to reduce child care costs.

The investment of time and money required to enter the business is more modest than in other careers. And individuals can complete the necessary courses online at their own pace and according to their work and family commitments.

“Most people have the ability to get their license,” Teelin said. “It’s within their reach.

Building a successful business is another matter. One of the long-standing challenges of getting into real estate is that it usually takes a long time to get established before someone can actually start reaping the benefits, Teelin said. This can be especially difficult if a new agent has no other source of income when they start.

Joining an organization that trains new officers properly can make a big difference, he said. An office that makes a point of teaching the fundamentals to its agents will allow them to be operational sooner and to concentrate on prospecting for clients.

One of the best tools for someone new to real estate is social media, especially if that person has a strong social media presence that they can leverage.

“It’s a surefire way to at least get a head start in real estate,” Teelin said. “And a lot of people coming in are younger and have grown up on social media, so that’s to their advantage for sure.”

Brooke Wills said the idea of ​​going into real estate never crossed her mind until her boyfriend offered it to her. He owns two rental properties that Wills had managed for him. He was impressed with the work she did and believed she would have a knack for real estate.

“He said, ‘Come on, I’ll pay to take your course,'” Wills said. “Honestly, I wasn’t really into it at first, but I’m so glad I took the course and did it because I love being a real estate agent.”

She spent a year working on her real estate license while working full time as a teacher’s assistant. Whenever she had free time or a day off, she cut back on her online classes. It was the last thing she expected to do. The 25-year-old had studied human development at university and planned to go into social work before starting work in a series of child care centres. She had also considered returning to school to become a teacher.

After getting his license, Wills started with Century 21 Galloway Realty. In 2021, she made over $4 million in sales, placing her among the few dozen Century 21 agents in New York State. She said she found many clients through an extensive network of friends and family as well as social media.

Wills also made a point of learning as much about the real estate industry as possible, taking as many training courses offered by Century 21 as possible. Beyond that, she said she worked hard to prospect new clients through social media and networking. Persistence also helped. Wills stayed in touch with some clients for over a year before finally putting their home up for sale.

“You can’t just sit back and hope business comes your way,” she explained. “It doesn’t work that way and a lot of people think it does.”

Beckwith agrees that real estate agents, especially new agents, need to be motivated and disciplined to be successful. She said the booming real estate market has fueled the perception that it is easy to pursue a career as an agent.

“I hate to say it, but once this breaks out and things stabilize a bit more, there will be people leaving the industry,” she said. “Unfortunately there is a huge failure rate, but I think that’s true for any sales job.”

Beckwith said whether or not a new agent is successful over the long term doesn’t depend so much on how the real estate market changes, but rather on the individual agent and their willingness to put in the effort to grow their business.

Sitting around and waiting for referrals won’t be enough, she says. New agents need to make connections and take advantage of available opportunities, like learning from the best agents. They must constantly work to promote the listings they have and generate new business.

“These are the agents who will succeed,” Beckwith said. “Agents who are just waiting for the phone to ring won’t.”

The Berkshire property market keeps changing, but veteran estate agents like Pam Roberts know how to roll with the punches | Company

Repositioning of the real estate agency through marketing and branding