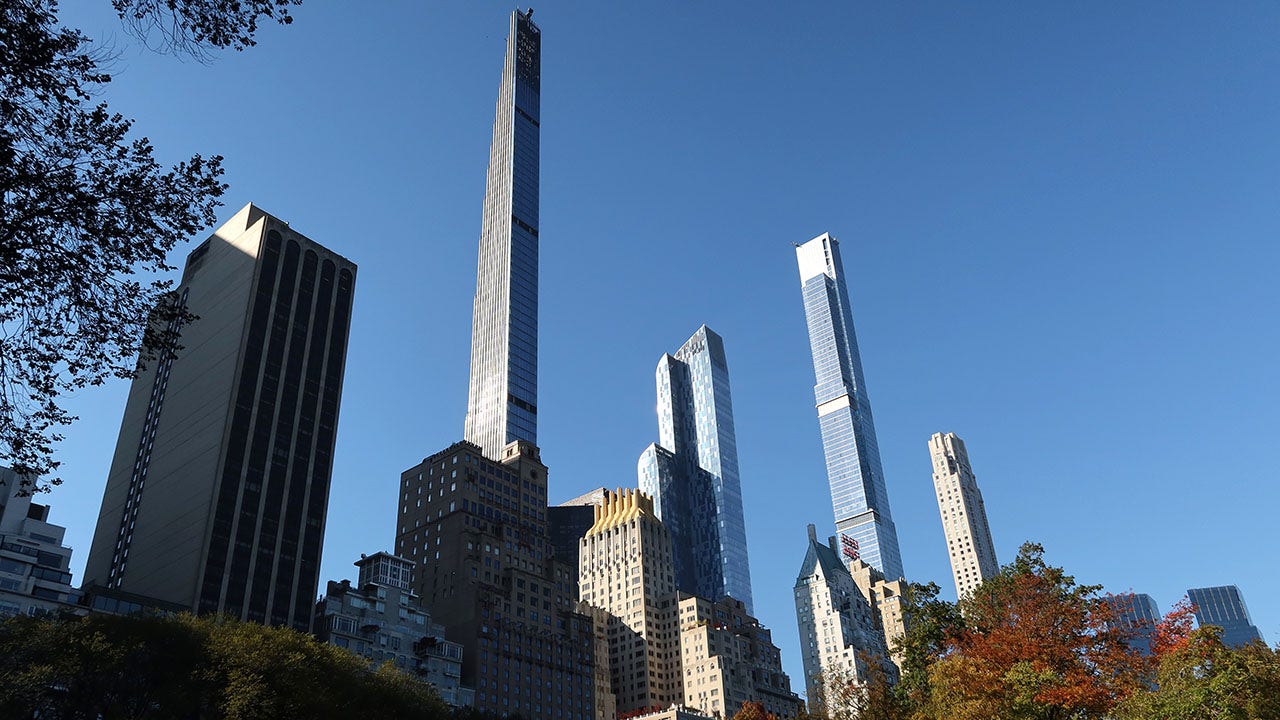 New York City real estate agents have been inundated with Russian clients seeking to privately sell multimillion-dollar properties through so-called “whisper listings” in a rush to liquidate assets in the amid fears that more US sanctions could be imposed on anyone suspected of being linked to Russian President Vladimir Putin.

Dolly Lenz, a luxury real estate agent who has been in the New York business for more than 35 years, told FOX Business that her company has received calls from Russian clients potentially wanting to “whisper” between 50 and 70 properties, mostly in Manhattan, in the last week.

Of the Manhattan properties that may sell under the radar, the majority are on Billionaires’ Row, a collection of ultra-luxury residential high-rises along the south end of Central Park. There are others in the West Village, as well as luxury condominiums on Park Avenue and Fifth Avenue.

Properties range in value from $5 million to $45-50 million in asking price, but sales can be rushed for much less depending on how distressed sellers are.

“According to the sanctions”

“Everybody’s putting feelers out there. They’re not pulling the trigger yet. They’re getting ready to pull the trigger. Which means, ‘Yeah, I’ll take the best offer I can,'” Lenz told FOXBusiness. week. “That could be what’s happening. So really, depending on the sanctions, and you know where we’re at with everything, that’s all we see potentially playing out.”

Lenz said other Russian owners have contacted her from states other than New York, such as California and Florida, where potential sellers are in North Miami and Fisher’s Island, known for its private enclaves that have become popular. among the wealthy Russians around the fall of the Soviet Union.

Billionaires’ Row is a stretch of ultra-luxury buildings on and around West 57th St. (FOX Business)

As Putin continues his invasion of Ukraine, President Biden’s Justice Department has launched a new task force, KleptoCapture, which has been working since last week to enforce sanctions against Russian criminal actors and potentially seize assets from United States owned by Russian oligarchs, including luxury real estate. , yachts and private jets worth hundreds of millions of dollars.

Gaps in the legislation

Last week, Manhattan Borough President Mark Levine called on the US Treasury Department to add names to the US sanctions list so that more New York City real estate linked to Russian oligarchs could be seized. Thanks to the current loopholes in the legislation, these oligarchs are allowed to transfer wealth to families and friends without compensation. It is estimated that there is at least $12 trillion hidden in offshore accounts, according to human rights group Global Witness. In New York City alone, a full accounting of real estate exceeds $1 billion in value, Levine said.

Russian elites are also worried about access to funds in their bank accounts as major financial institutions on Wall Street cut ties with Moscow.

In neighboring New Jersey, Democratic Gov. Phil Murphy on Wednesday signed bipartisan legislation authorizing the Treasury to create a list of people and companies with investments in Russia or Belarus in order to prevent Putin’s “cronies” from get contracts, tax cuts or go further. business with the state.

A so-called whisper list, Lenz explained, means landlords contact real estate agents to contact potential buyers in their rolodex privately and assess how much they would be willing to pay. Instead of officially listing their property for sale, doing the paperwork, and publicly disclosing the asking price, whispered listings give sellers an extra sense of privacy by avoiding having photos of their assets online.

“It’s much more complicated, it takes time and it leaves a funny taste in buyers’ mouths as to why we’re doing it this way. Why is this whisper listed?” Lenz said he deals with the lists under the radar. “Especially in these times, everyone wants a deal, but they’re so reluctant to jump in.”

Lenz said she could only speak to the 50 to 70 Russian-owned properties her company manages, but those aren’t the only luxury properties suddenly hitting the Manhattan market.

At least 61 properties have gone up for sale or had a price update or other change in Central Park South in the past week, a second real estate source told FOX Business.

Central Park South, a micro-neighborhood just three blocks away along 59th Street between Fifth Avenue and Columbus Circle, has long attracted wealthy Russians and other international investors. At One Central Park South, the building known as The Plaza, there have been at least 16 new or updated listings since the invasion of Ukraine began on February 24.

These properties typically range in price from $1 million to $28 million.

This does not mean that all new or updated listings belong to Russians. If a Russian owner offers a property at a significantly better value to ensure faster-than-average movement, it may encourage other sellers to line up and compete with the new price, the source said.

Manhattan’s luxury real estate market has long relied on foreign investment. Since she’s been in the business, Lenz said, it was the Japanese who first arrived in the 1980s to buy luxury properties. Even the Bank of Japan has purchased properties around the museum tower area, she said.

Then, about 10-15 years ago, wealthy Russians flooded New York after the fall of the Soviet Union and mostly bought up properties around Billionaire’s Row and older luxury buildings in the same neighborhood.

Then, Russians became a less frequent clientele in the New York luxury real estate market. And, in recent years, there have been more influxes of wealthy buyers from China, Taiwan and Hong Kong.

“They kind of calmed down,” Lenz said of the influx of wealthy Russian buyers. “And they’re only here now because they want to liquidate before a crisis hits.”

The bill would require LLCs to disclose their owners to the New York State Department and create a public database of which LLCs share common ownership. He claims anonymous LLC owners have caused code violations for years in the Hudson Valley, prompting a 2019 state Senate investigation, as well as tens of thousands of requests for dismissal. rental assistance in the time of the pandemic to be unnecessarily delayed.

GET FOX BUSINESS ON THE ROAD BY CLICKING HERE

But the use of limited liability companies to buy high-end real estate is common practice, so it is unclear whether the proposed legislation will gain traction.

“Every buyer we’ve ever had has created a new LLC for every property. I think the majority of wealthy people buy an LLC for every reason in the world,” Lenz said. “We would love any transparency with every transaction. We personally go the extra mile to make sure we know who we’re dealing with. Even though we don’t have (know your client) rules in real estate like they do in banking – have to check everyone they’ve spoken to – we don’t have to, but we do.”