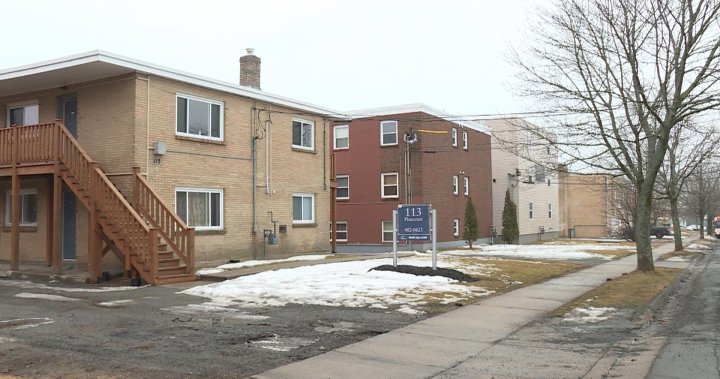 The Nova Scotia government says it will study the extent of the need for affordable housing in the province.

“The company will assess current and future housing needs in urban and rural areas, help identify the number of households that currently lack safe and affordable housing for a variety of reasons, and propose solutions,” reads a statement. Friday press release.

A growing city with growing unaffordability: How Halifax’s cost of living ‘affects everyone’

Municipal Affairs and Housing Minister John Lohr said in the statement that the province needs to increase housing supply to meet demand.

Although housing advocates have called for a permanent rent cap and the reinstatement of the renovation ban, Premier Tim Houston and his Progressive Conservative government have focused on housing supply.

“We also need reliable, up-to-date information on where and what the needs are so the province and municipalities can make informed policy decisions,” Lohr said.

1:48
Federal budget aims to help first-time homebuyers save for down payment

“This study will provide us with that data and respond to the Nova Scotia Affordable Housing Commission’s recommendation to improve the information available on the rental housing market in Nova Scotia.

The province’s 2021-22 budget included $35 million to create 1,100 new affordable housing units across the province, as well as 425 rent supplements.

As part of that budget, the province announced in late March that a Halifax developer would get nearly $22 million from the government to help create 373 new affordable housing units.

Lohr said funding from Clayton Developments would make the units available as part of an 875-unit development at Dartmouth.

At the end of March, the Minister of Housing granted special designation to nine areas of the Halifax area with the aim of accelerating the development of no less than 22,600 new residential units.

Lohr told reporters the move was essential because of the severe housing shortage in greater Halifax, adding that it could cut months or even years off the approval time for developments in some cases.

At the time, the province said it estimated the Halifax area was short by at least 17,000 homes — a figure that Lohr said is growing.

Earlier this week, the Nova Scotia government also announced a $203,500 grant to a Habitat for Humanity affordable housing project. The organization has launched a development to “make home ownership a reality for 70 families” in Spryfield, Nova Scotia.

Nova Scotia to donate $203,000 to Habitat for Humanity housing project

The province’s 2022-23 budget contains an additional $15 million with funding for 550 new rent supplements, the province said.

According to Friday’s statement, Turner Drake & Partners Ltd. will also explore the need for student housing in Nova Scotia communities with at least one university or college campus.

“Good decisions are the result of collecting and using good data,” Amanda McDougall, president of the Federation of Nova Scotia Municipalities, said in the release.

“We are excited that the province is moving forward with the collection of crucial data that is needed to plan for sustainable and affordable housing in our communities.

A final report of the results of this study is expected in one year.

Additionally, the province has hired Akoma Holdings to assess the housing needs of African Nova Scotian communities, he added.

Earlier this year, Akoma Holdings already received funding from the federal and provincial governments to provide affordable housing for African Nova Scotians in the Preston area.

“For too long, black people in Nova Scotia have faced housing challenges due to systemic racism,” Veronica Marsman, property manager at Akoma Holdings, said in the statement.

“From fractured land titles to basic infrastructure, our community has been neglected and bypassed in the housing market and now in crisis…AKOMA is proud to be part of this initiative to break down those barriers and build Black families.”

2:01
Halifax councilors disappointed with lack of consultation on province’s move

— With files from The Canadian Press and Alex Cooke.

No real estate company allowed to charge in dollars – BoG

What was wrong with the real estate market in India?