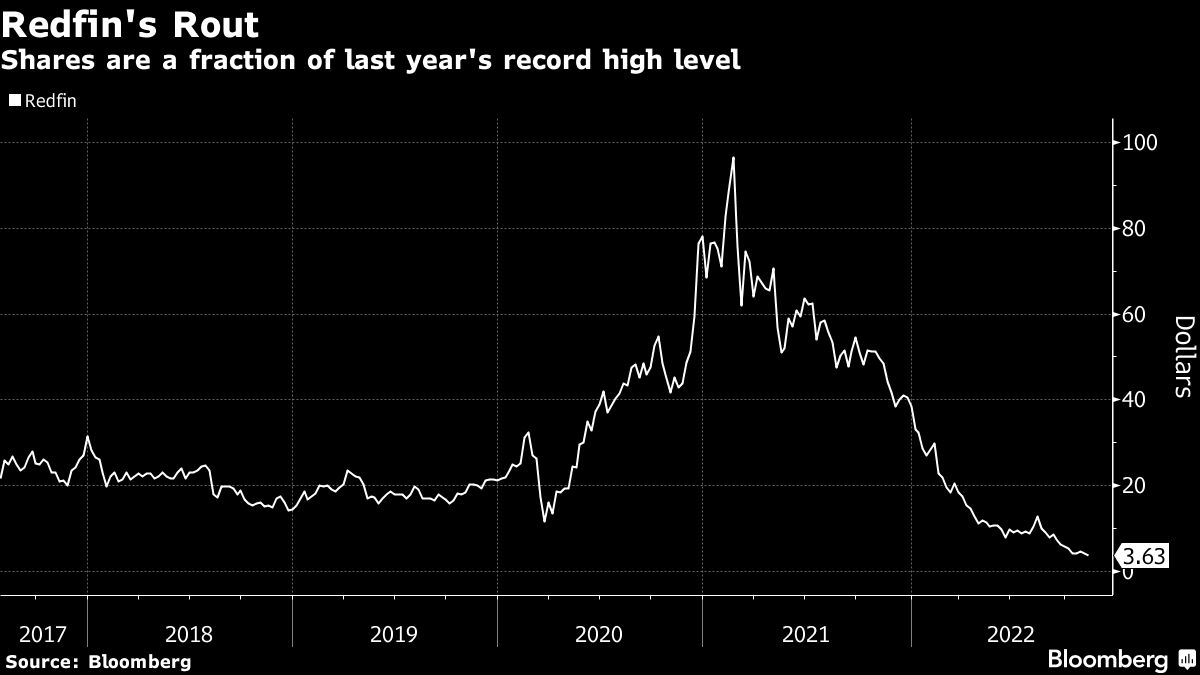 (Bloomberg) – Redfin Corp. fell to a new all-time high after an Oppenheimer analyst downgraded the stock and said the property company’s model was “fundamentally flawed”.

Shares fell nearly 10% on Monday to $3.63 as Oppenheimer’s Jason Helfstein cut his recommendation to underperform from an equivalent rating. He sees room for more pain and has cut his price target to a low of $1.30.

“We believe Redfin’s business is fundamentally flawed as the company continues to use a fixed-cost model for agents,” the analyst wrote. “This prevents the company from maximizing margins when housing markets decline and limits market share gains when markets rebound.”

Redfin said any comments the company may share on its share price performance will be addressed during its earnings conference call on Wednesday after the results are released.

Redfin has plunged around 91% so far this year as real estate tech firms have come under fire amid a slowing housing market due to rising mortgage rates.

Last week, Opendoor Technologies Inc. announced that it would lay off approximately 18% of its workforce. The previous week, Zillow Group Inc. cut about 5% of its employees. Opendoor fell 14% on Monday and Compass Inc. fell 6.3%.