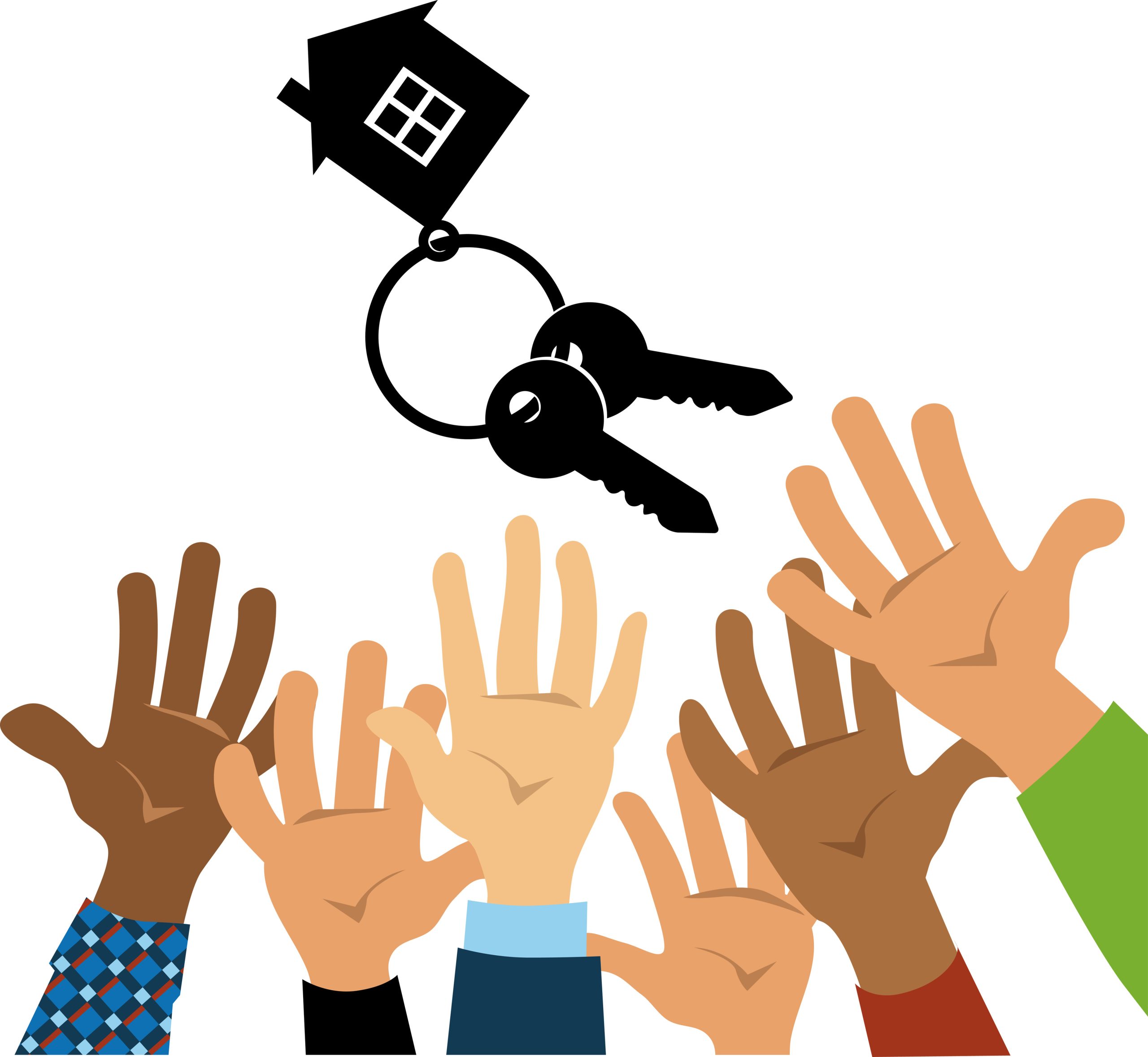 The pandemic-fueled real estate market has been hot. Homes sell for higher prices and with multiple offers. The market time is also down. It’s not uncommon for homes to be sold on the private ad network before they even officially hit the market. All of this creates ideal conditions for half of the equation – the sellers. For buyers, today’s market can be full of frustration and heartache.

Real estate broker Deborah Wess, of Coldwell Banker Residential Brokerage in Oak Park, says she’s seen it time and time again with her clients. It may take several offers on several houses before they finally have an accepted offer. She says it changed the whole process of helping clients find a new home.

Wess’ client, Sam Ageloff and his wife, are moving to Oak Park from Michigan, and he says the process has been difficult.

“We were ready for the Oak Park market to be competitive,” Ageloff said. “We weren’t prepared for the amount of aggression we saw.”

Evidence of this fury was that other buyers all made cash offers and bid well above the asking price to secure a contract.

Wess says the speed of the process has also changed.

“We tell buyers that they have to be ready to make a decision after seeing a house once,” Wess said.

Sometimes even a single in-person visit is not possible. Wess shared the experience of out-of-state clients who traveled from California to spend a week finding a new home in Illinois.

“We weren’t successful with what they saw in person, so now I’m shooting a video for them,” Wess said.

Some sellers are wary of out-of-state buyers who can’t see a home in person because they fear someone who hasn’t seen a home in person may be more likely to back out of a deal. later in the process. Wess says part of his job is to convince salespeople that his customers won’t walk away from an offer.

Wess has developed strategies that can get sellers to take his buyers seriously. These include offering more money with the signed contract or offering money above the asking price.

Ageloff says that to get a house, he and his wife lowered their price range so they could be comfortable offering more than the asking price, and they offered more money to show they were serious even though they were from out of state. . Their third bid won over 12 others, and the family can’t wait to move to Oak Park this summer.

Wess notes that in other parts of the country buyers’ agents waive their right of inspection to seal the deal, but she says she doesn’t see that happening here where the older housing stock typically poses. no more problems for an inspector to discover. .

“I always encourage inspections, at least for informational purposes,” Wess said. “You could tell the seller that you won’t be asking for credits, but don’t waive that inspection.”

Compass’ Steve Scheuring says the current market is the worst for buyers he can remember. He says that’s largely due to lack of inventory and points out that a recent search for single-family homes on the market in Oak Park in the $300,000 to $700,000 price range yielded just 30 homes. . Of these 30, only seven were new to the market.

Wess says that a recent Tuesday hosted just seven broker open houses, when at this time of year there would typically be 20 to 25 a week. She says this reflects low inventory. Sellers and brokers no longer see the point of holding open houses when they know a house will sell in two days.

Scheuring and Wess say they haven’t seen a big drop in activity as mortgage interest rates rise. Both point to a number of factors that are fueling local market flames – the pandemic is making older housing stock with more rooms and larger yards more desirable as millennials reach the age where they want to become homeowners and sellers who might be willing to downsize not do so due to lack of inventory for another home.

Scheuring says that ultimately buyers who need to buy do so for “normal life reasons,” such as moving house, getting a new job or expanding their families.

He saw tactics that can fuel the fire of buyer stress. Sales agents often hold an open house within days of listing a property and ask for the best final offers soon after.

Scheuring says that while it may be fair to let all interested buyers make an offer, expecting the best final offers to be expected at some point, even if there are not yet offers, can create a frenzy that drives buyers offers above the asking price.

He says bidding above the asking price can lead to remorse or paying more than a house is worth. When he uses the best final offer strategy, he asks for offers by 5 p.m. Sunday, then tells potential buyers they’ll hear from him by noon Tuesday, giving them time to think about their offer before to enter MLS and changes the status of the house from available to under contract.

Even in this charged atmosphere, market time matters according to Scheuring.

“In Oak Park, going under contract and then falling out of bed is the worst,” he said.

Wess and Scheuring both say the market is stressful for buyers and it’s hard to tell when it will soften.

“Since the start of the pandemic, there’s only been one market: the pandemic market,” Scheuring said. “It changes every day. In a local market, you should be able to predict the next five to seven months. In this market, we stick to around three weeks.