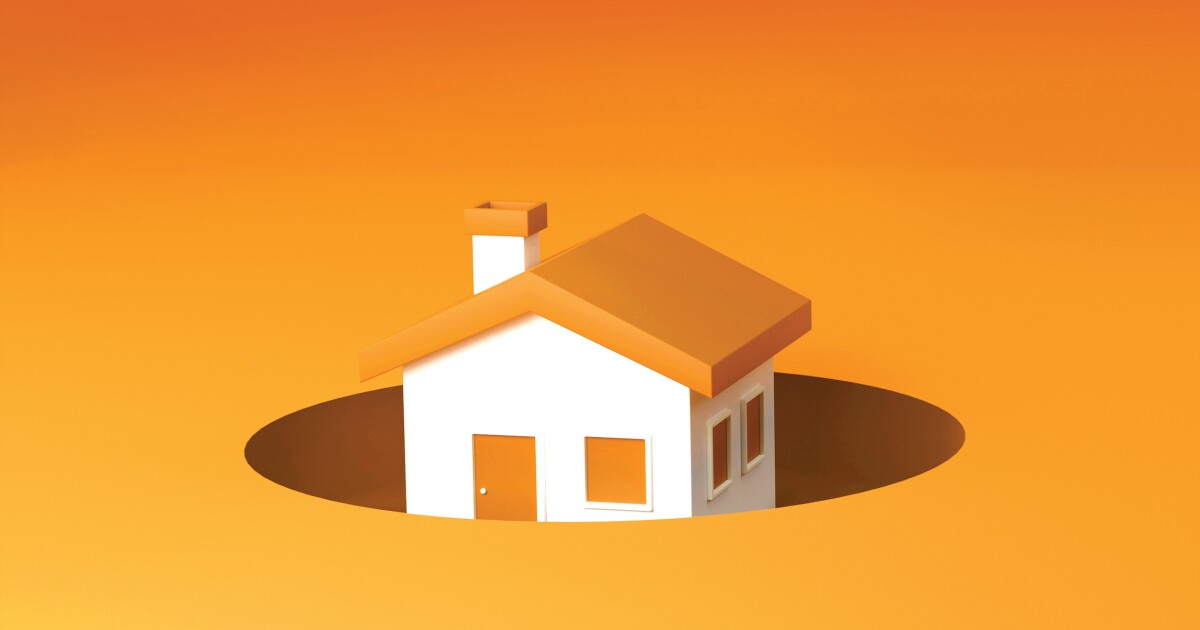 The real estate market is finally cooling down

The latest data from major real estate companies shows prices are falling and, for the first time in more than a year and a half, homes are selling on average below their asking price. Companies expect the trend to continue.

“The average home sold for less than its list price for the first time in more than 17 months during the four weeks ending August 28, as the housing market downturn continued,” said real estate site Redfin. reported September 1st. “Each month since March 2021 has seen an average list-to-sale ratio of over 100%, meaning the average home has sold for more than its final asking price, after all the price cuts.”

Similarly, Realtor.com stated in its August data report that “listing prices slowed for the third consecutive month as more sellers paused home listings and homes for sale spent longer on the market than last August.”

The market sell-off comes after average U.S. home prices soared over the past two years as the country emerged from the early shutdowns of the COVID-19 pandemic and the economy shifted to top speed. House prices overcome $440,000 earlier this year, according to federal data, more than $100,000 above pre-pandemic levels.

“In June, housing affordability fell to its lowest level since 1989,” the National Association of Realtors said. said end of August. “Based on a 30-year fixed rate mortgage and a 20% down payment, the monthly mortgage payment for a typical home jumped to $1,944, an increase of 54%, or $679 , compared to a year ago.”

The market chill also comes as the country begins to see some relief from record inflation more broadly. This year, the Federal Reserve has introduced a series of aggressive interest rates hikes in a bid to curb soaring prices on everything from fuel to food and housing. As a result, mortgage rates have also risen, helping to fuel the current housing downturn.

“Despite falling home prices, demand from homebuyers is still cold – mortgage purchase applications and pending sales have both seen sharp declines from a year ago – in large thanks in part to another surge in mortgage rates, which hit 5.66%, their highest level since June,” Redfin said. “Home sellers are also reluctant to enter the market: new listings and total inventory of homes for sale have also seen steep declines.”

Last month, “the monthly mortgage payment on the median asking price was $2,306” at this rate, “up 39% from $1,665 a year earlier, when mortgage rates were 2.87 %,” Redfin said. While still elevated, it is “down from a peak of $2,461” in early June – the same month the Fed approved a rare three-quarters percentage point rate hike as the inflation was rising.

The real estate market showed the first signs that it was start to relax earlier this year after the Fed decided in March to raise interest rates for the first time since 2018. Between February and March, existing home sales fell 2.7%, NAR said.

This figure has continued to decline, says NAR. Its more recent search shows that for the sixth consecutive month, sales of existing homes fell 5.9% between June and July and more than 20% compared to the same period last year.

Meanwhile, pending home sales, which act as a “forward indicator of home sales based on contract signings,” fell 1% in July, NAR said.

“In terms of the current real estate cycle, we could be at or near the bottom of contract signings,” Lawrence Yun, the group’s chief economist, said in a statement. “This month’s very modest decline reflects the recent decline in mortgage rates. Inventory is rising for homes in the upper price ranges, but limited supply at lower prices is hampering transaction activity.”

As sales decline, homes stay on the market longer, the data shows. “Sold homes were on the market for a median of 26 days, down from 21 days a year earlier and the record low of 17 days set in May and early June,” according to Redfin’s August report.

Realtor.com also found that homes took longer to sell. “The typical home spent 42 days on the market in August, five days more than last year and the first month with increased time on market since June 2020, at the start of the pandemic,” the authors wrote. business experts. Still, homes are selling faster than before the pandemic, with homes spending “22 fewer days on the market in August than the typical 2017-2019 schedule.”

Several other signs also point to a drop in interest and activity from homebuyers over the past few weeks. For one thing, fewer people are asking Redfin agents for house calls and related services, the company said. “The seasonally adjusted Redfin homebuyer demand index … rose 15% from the 2022 low in June in the week ending August 28, but was down 16% year on year. on the other,” according to his report.

“The Northeast again saw the smallest decline in buyer demand in July, registering a 9.9% drop, followed by the Midwest’s 13.5% decline,” the company added. “The South’s 24.2% drop came next, with the West again recording the largest year-over-year decline at 44%.”

Not as many people search online for available homes either. “Fewer people searched for ‘houses for sale’ on Google,” Redfin said, citing the search engine Data. “Searches in the week ending August 27 were down 26% from a year earlier.”

Although home costs are still higher than they were before the pandemic, analysts say this fall will see some long-awaited relief for buyers who can afford higher mortgage rates.

“Home prices continue to rise by double-digit percentages year over year, but annual price appreciation is expected to moderate to the typical rate of 5% by the end of this year and into 2023. “, said Yun, chief economist of the NAR. “With mortgage rates expected to stabilize near 6% alongside steady job creation, home sales should begin to pick up early next year.”

Daryl Fairweather, chief economist at Redfin, said that “although the cooling appears to be waning, there are signs that there is more room for the market to ease.

“The post-Labor Day downturn will likely be a bit more intense this year than in previous years when the market was very tight,” she said in the August data release. “Expect homes to stay on the market, which could lead to a further uptick from sellers lowering their prices. Homebuyers’ budgets are increasingly stretched by rising rates and continued inflation, so sellers must make their homes and price them attractive to attract buyers’ attention during this busy economic period. year,” she added.

According to Realtor.com, as the real estate market becomes less competitive, homebuyers will have more and less expensive options to choose from.

“Although fewer new listings are coming to market, the overall inventory continues to grow, providing more choices for buyers who are still looking for a home. Western markets lead other regions in increasing inventory, reducing prices and slowing price growth,” the company’s economic experts wrote on September 1. will provide leeway for buyers looking for a home during what is generally the best time to buy a home.

ACTON and Belle Property take their alliance one step further