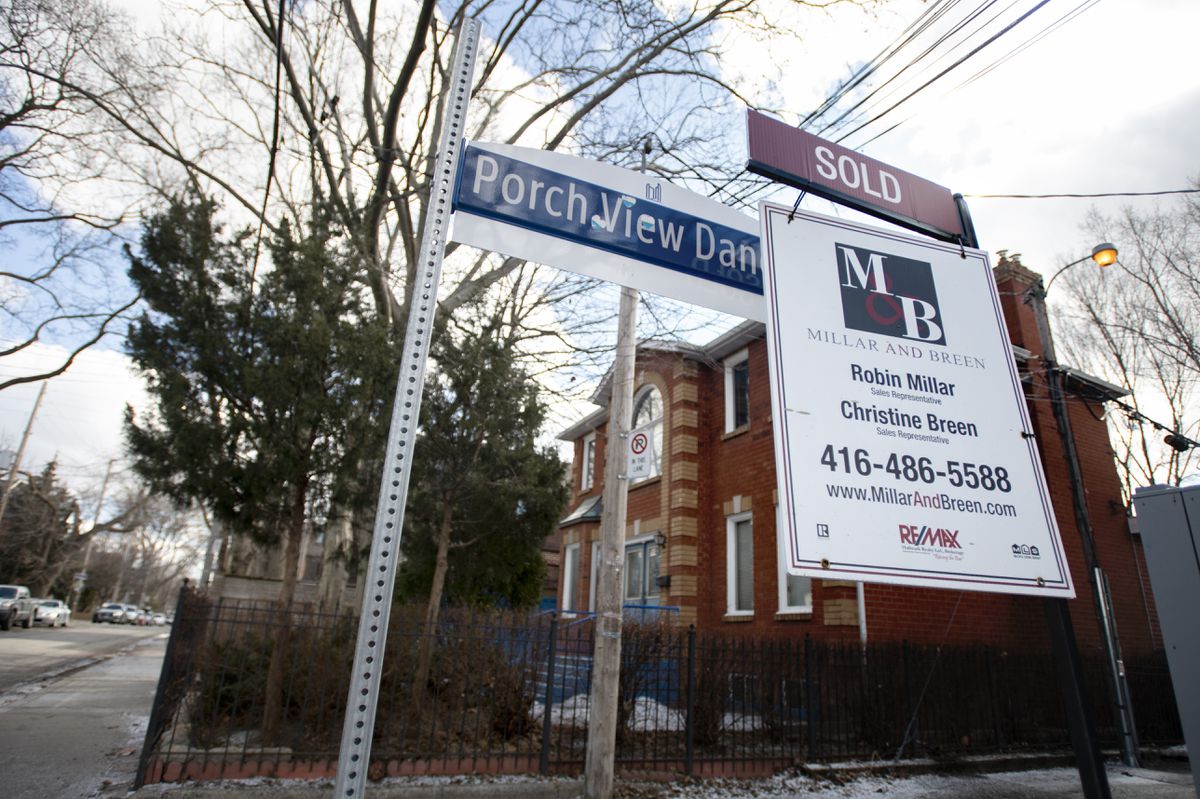 The Toronto-area housing market continues to decelerate as buyers and sellers grapple with the Bank of Canada’s most recent interest rate hike.

“I hear a lot of ‘wait-and-see’,” says real estate agent Manu Singh of Right at Home Realty Inc. “They feel a bit paralyzed.”

Amid the confusion, some properties are seeing slow activity while some outliers are creating a frenzy.

“Every week I feel like it’s different with the market.”

Mr. Singh works with clients who entered the competition for a four-bedroom detached house in the Baby Point neighborhood in west Toronto.

The home was listed with a below-market asking price of around $2.8 million and Mr. Singh estimated it would sell for $3.2 million or possibly $3.3 million.

“We were expecting six to eight offers,” he says.

He was shocked when 16 bidders entered the fray and the house sold for $3.975 million.

The house has been renovated over the past two or three years, he says, and it sits on a deep lot in a coveted school district. The supply of this type of house is still very limited, he says.

“They don’t know when the next one is coming.”

Buyers know they’re paying peak prices in today’s market, he says. Many bypass homes that have been renovated for more than five years.

Not far away in the Sunnylea area, a three-bedroom raised bungalow was listed with an asking price of $2.89 million and sold for $4 million.

“My clients are pissed off,” he says, after losing to two bidders who each paid more than $1 million above the ask.

Singh says this segment of the market is not being held back by rising interest rates. For affluent move buyers, the challenge is lack of supply.

The Bank of Canada raised its key rate by half a percentage point in April to 1%. It’s the biggest single-session move since 2000.

First-time buyers are more sensitive to rising rates, he says, and many who were looking for semi-detached homes in the 416 area code when rates were at their lowest have now changed their search to a two- or two-bedroom condo. three rooms.

Condos had fallen out of favor for a while, but he’s seeing a return to high-rise living now that pandemic restrictions have been eased and some workers are returning to the office.

Over the course of a week, the condo had 14 showings. The unit sold for $1.186 million when three competing buyers showed up on the evening of the offer.

“We were expecting at least five or six,” he says. “I also see ups and downs in the condo market.”

According to the Toronto Regional Real Estate Board, the condominium segment of the market was stronger in March than the single-family home segment.

In March, the average condo price remained essentially flat at $831,351 compared to February, while in the suburbs the average price also stabilized at $760,410.

That compares with a steeper drop in sales of about 34% for single-family homes in the GTA in March compared to March of last year.

“We kind of entered a period of calm,” she says. “It’s not as hysterical and fast.”

Ms. Davis offers a two-bedroom, two-bathroom unit at Renaissance Plaza, 175 Cumberland St., Suite 2202, at Avenue Road and Bloor Street. The tower, built in the mid-1980s, has only one other unit currently for sale, she says.

Ms. Davis plans to list the unit, which is in need of a facelift, with an asking price of $1.795 million.

Ms. Davis says some condo units sell out within a day or two of listing, especially if there’s no other inventory in the building. Others do not move.

Investors who buy older condos and renovate them to resell may demand a premium, but some languish longer than in the past, she says.

“I think there’s going to be a lowering of their expectations.”

Paul Ashworth, chief North American economist at Capital Markets, says Canada’s overreliance on housing and household debt makes it the country most susceptible to the impact of rising interest rates.

Bank of Canada Governor Tiff Macklem has adopted a new hawkish stance, he notes, and Mr. Ashworth predicts another half-percentage-point hike in June.

Household debt reached 170% of disposable income in Canada at the end of 2021, up from 164% immediately before the pandemic and 135% at the time of the 2008 financial crisis.

On a comparable basis, US household debt is currently just 139% of disposable income, unchanged from pre-pandemic levels and down sharply from a peak of 172% in 2009.

Canada has finally matched the household debt that preceded the US housing crash, he notes.

“Canada’s economy is also much more dependent on residential investment than any other advanced country and, at this point, it’s not even close,” he said in a note to clients.

The conundrum facing the central bank is that residential investment is the most rate-sensitive part of any economy, the economist says.

With signs that housing is already slowing in response to rising mortgage rates in recent months, Mr Ashworth doubts the central bank will be able to raise interest rates much beyond 2%.

“If we get it wrong and he rushes to do it, the resulting housing downturn will be much worse.”

Your home is your most valuable asset. We have a week Real estate newsletter to help you stay up to date with housing market news, mortgages, the latest closings and more. Register today.