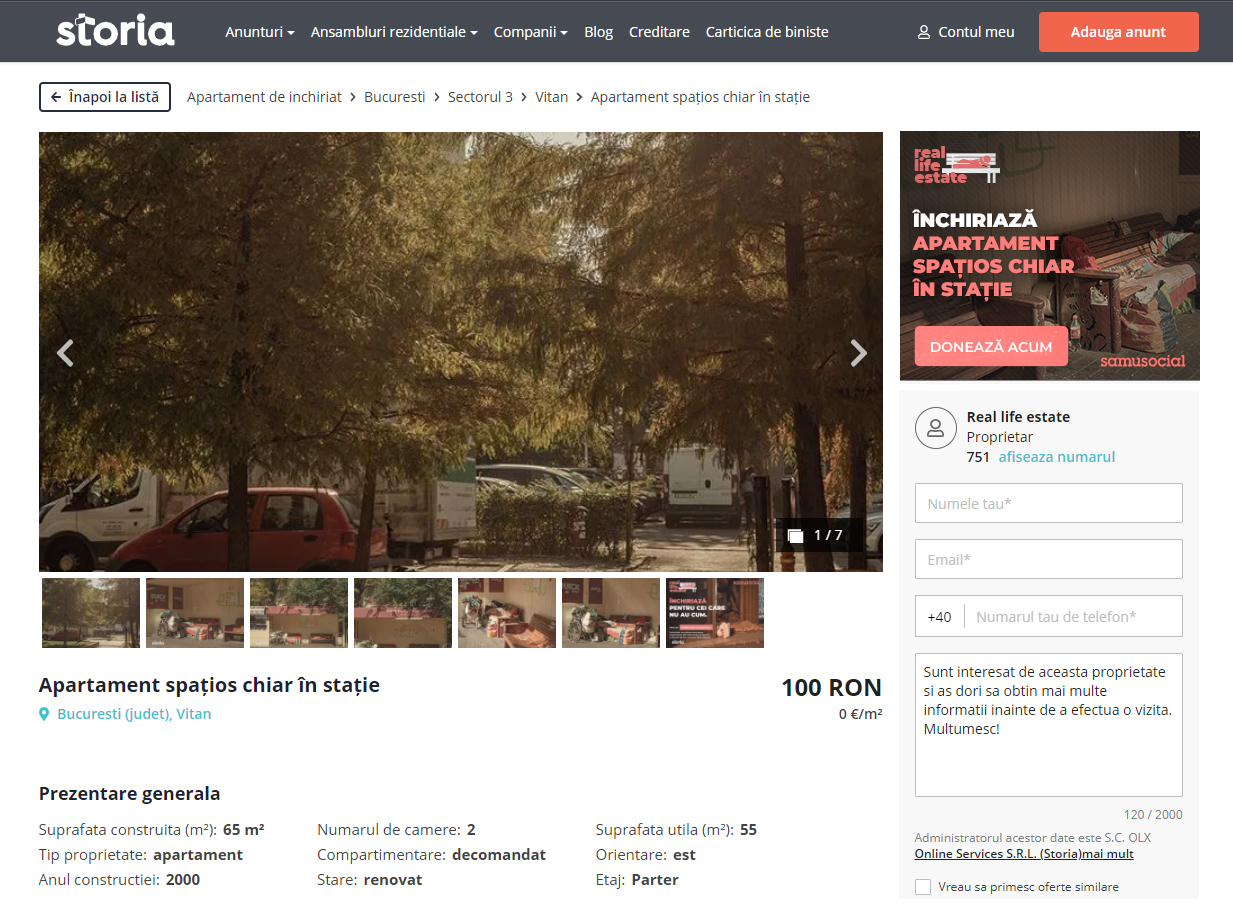 Tribal Worldwide and Samusocial Romania, the non-governmental organization whose mission is to save the homeless in Bucharest, is launching the Real life real estate project which aims to raise funds so that the homeless have an easier winter.

â€œIn the context of the drop in temperature and the overcrowding of accommodation centers, homeless people are faced with very difficult situations, being forced to live their lives in improvised open-air spaces. We were looking for solutions for them to help them get through the cold season more easily â€, said Sabina Nicolae, executive director of Samusocial Romania.

The lack of housing for the homeless is in direct contradiction to the growth of the real estate market in the country. This observation is also the one that inspired the creation of the Real Life Real Estate Platform – the first real estate agency that rents improvised spaces where homeless people live.

â€œFor us, it’s a soul project. After listening to the stories of some of those who ended up on the streets, we decided that we needed to do something to help them through the winter, at least. And where else to do that if not on those trendy platforms where it seems like we’re all present with constant scrolling past the next real estate purchase: Facebook sites and groups where apartments or houses are rented and bought. We sincerely hope that through this campaign, we will be able to sensitize people, so that they can make a donation for the less fortunate â€, said Simina Zidaru, deputy general manager.

Using existing window-shopping behavior at apartment rental / sale sites and groups, the agency drafted the ads inspired by existing ones and posted a photo of the area where the makeshift shelter is located. . At first, those who open the ad will see the view these residential spaces have, which is often spectacular, ultra-central, so that later the reveal of the real home can occur.

Anyone can rent the space in exchange for a donation. Depending on the number of days selected, the value of the donation changes. In addition, those who donate amounts greater than 100 lei will receive a physical copy of the space they have rented, a copy signed by Adi BulboacÄƒ.

The partnership between Tribal Worldwide and Samusocial Romania started with this project and they both want to continue in the future, with other support initiatives. The entire campaign was carried out pro bono by the entire team involved: Adi BulboacÄƒ, Media Investment, SudEst Production, Storia.ro and OLX Imobiliare.

What role do iBuyers play in a volatile real estate market?