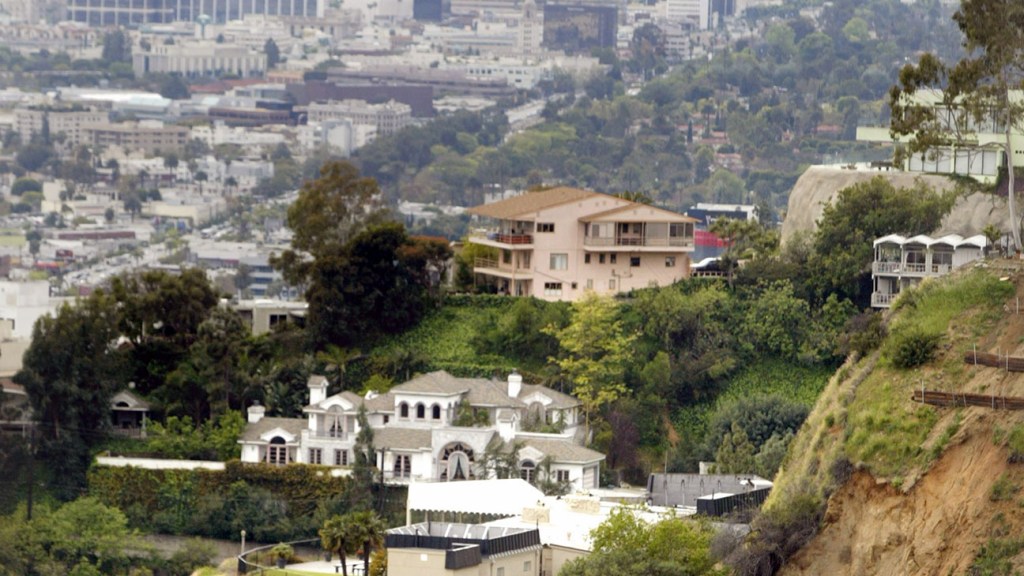 In a booming market – with no shortage of high-profile clients – real estate deals increasingly include provisions to make deals extra-competitive and secretive.

NDAS AT THE Non-disclosure agreements are on the rise – with an increase in recent years on the buyer side. This is because the sellers usually own the photos in the listing and the new owners not only want to keep the home addresses private, but also keep the photos offline.

“Everyone is on high alert for the recent invasions of door-to-door robberies,” says Elizabeth Campos, Hollywood’s chief commercial officer. “Nerves are rattled when they think someone is able to recognize something in the house that ties them directly to this.”

Adds another business leader with high-profile entertainment clients, “Publish their address with photos is basically providing maps to the public.”

It’s not just buyers and sellers who are being kept quiet, either. “In order to truly protect their privacy, it’s necessary for everyone to sign an NDA,” says Re/Max chief agent Jordan Cohen. “I’ve seen it where inspectors, designers and even property assistants are required to sign off. If these professionals don’t want to sign, it’s time to find new professionals.

Even if everyone involved keeps the sale to themselves — and the property is purchased through a trust or LLC — it’s still an uphill battle to keep the information from becoming public when There is voracious interest from consumers and people whose job it is to report such transactions.

“NDAs have been proven worthless because of the internet,” says commercial director Warren Grant, who notes that people scour public records for sales above a certain threshold and use them to doggedly seek information. “They find out who the customers are and post unauthorized stories. It’s frustrating and sad that people don’t respect anyone’s right to privacy.

ESCALATION CLAUSES Another emerging trend isn’t as widely used, though it may seem foolproof. Some buyers include escalation clauses in bids, essentially promising to outbid whoever presents the highest initial bid. “You better have an escalation clause or you’re not going to get it,” says Emma Hernan of the Oppenheim Group. “It encourages the seller to choose you over the next person, even if it is the same offer, because you will go [for example] $20,000 more. Not everyone knows that. It’s a little trick of the trade.

Reggie Gooden, another entrepreneur with high-profile entertainment clients, has also seen clauses become more common and says it’s a sign of the times. He notes, “This is by far the most competitive market I’ve seen in quite a while, and clients should be prepared to execute a same-day offer if they find a property they like.

Promising to outbid on a higher offer seems like a smart strategy, but other agents say THR that the novelty can turn against you. F. Ron Smith of the Smith & Berg Partners team at Compass says adding an escalation clause can be a creative way to stand out in a multiple offer situation, but only if the listing agent knows the benefits of the clause. He adds, “It’s important as a buyer’s agent to write a narrative that accompanies the use of the escalation clause in your client’s offer and conveys the power of this strategy to the buyer. listing agent and the seller.”

It should also be noted that even if an escalation clause promises a higher price quickly, there is no guarantee that traditional negotiations with another potential buyer will not result in a better long-term offer.

And Cohen says he actively advises sellers against trusting them, especially because of contingency laws around inspections, loans and disclosures, which give buyers ways to void contracts. “With open contingency laws in place, it’s all too easy to come up with an escalation clause where a buyer can lock in a house at a price they really won’t pay and try to renegotiate later,” he says. . “I’m sure that’s not always the case, but that’s what I’ve seen happen recently.”

A version of this story first appeared in the Jan. 26 issue of The Hollywood Reporter magazine. Click here to subscribe.

Loans that help you solve your car problems