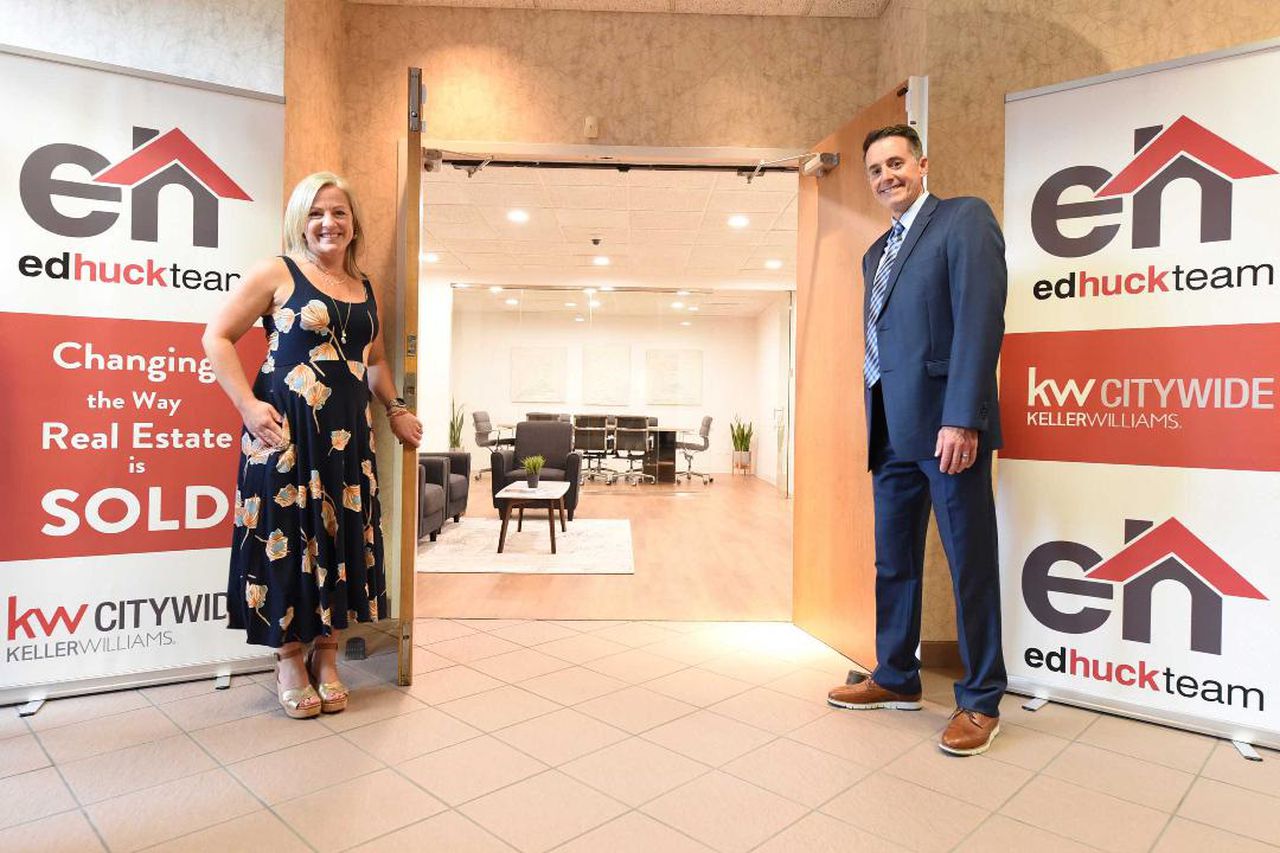 WESTLAKE, Ohio – The Ed Huck team at Keller-Williams Realty celebrated their 20th anniversary in Westlake on October 14, with the official opening of their new offices.

â€œOur new office is the culmination of hard work and the loyal support of our customers and partners,â€ commented Ed Huck, President of the Company.

â€œOver the past 20 years, the Ed Huck team has grown and evolved,â€ he said, â€œand we have worked diligently to change the way real estate is sold in the North East. ‘Ohio.”

Huck said the complexity of the sales process has been simplified for customers, but behind the scenes there are a lot of people involved in customer transactions “because of the technology which is now simplified for the customer.”

The new 6,200 square foot office is located at 24600 Detroit Road, Suite 100, in the Teal Building. The move gives Ed and his wife and partner Julie, vice president of business development, plenty of room for their 20 employees, compared to the 3,200 square feet they had on Clemens Road.

Huck said the real estate business has been “a fun ride.” He said his mother and stepfather were real estate agents. At first, when he was in high school, Huck said he wanted to be an architect. Then he entered the US Air Force for five years, and when he left, he went back to school and got his real estate license.

By this time, his parents had left the company and moved to various other businesses.

â€œI saw that if you work 60 hours a week, you get a return,â€ Huck said. â€œAnd I love the houses and the construction. I saw it as an outlet.

He graduated in 1992 and started with Realty One and stayed there until 2007 when he left with his already formed team.

The new office space, however, is not just a space for the Huck team. It also belongs to former clients and even community organizations.

The office includes traditional workspaces and conference rooms, but also has a community room of over 1,000 square feet, complete with a full kitchen that can be reserved by former clients and partners.

“The space is ideal for hosting small events,” Huck said, “including parties and meetings, and can comfortably accommodate up to 40 people, with full audio and visual capabilities as well.”

Part of the Ed Huck team’s mission, he said, â€œis to provide unprecedented personalized service, and that extends long after a client has bought or sold a home. The number one complaint on the registration side was the lack of communication with their agent in the past, but now we have follow-ups to address it every few days.

â€œAnd we have adapted our communications according to the customer’s wishes. For buyers, we sit down with them for an in-depth meeting early on – a deep dive into what they really want.

Ultimately, he said, “We want to become a trusted advisor and build an ongoing relationship to become their lifelong real estate agents.”

Currently, approximately 70 percent of the Ed Huck team’s sales come from former customers. The industry average, he said, is less than 30 percent.

But statistics aside, Huck gave a more personal take on helping people buy and sell homes.

â€œToday, moving is so stressful,â€ he said. â€œIt’s rewarding to guide someone through the process, to be a bit of an advisor and to have an ongoing relationship with them. “

We could end an interview with Ed Huck by saying, “Good luck.” But it doesn’t look like he’ll need it.

For questions or for more information, contact Mindi Carr, Marketing Director for the Ed Huck Team, at [email protected] or call 440-529-4151.