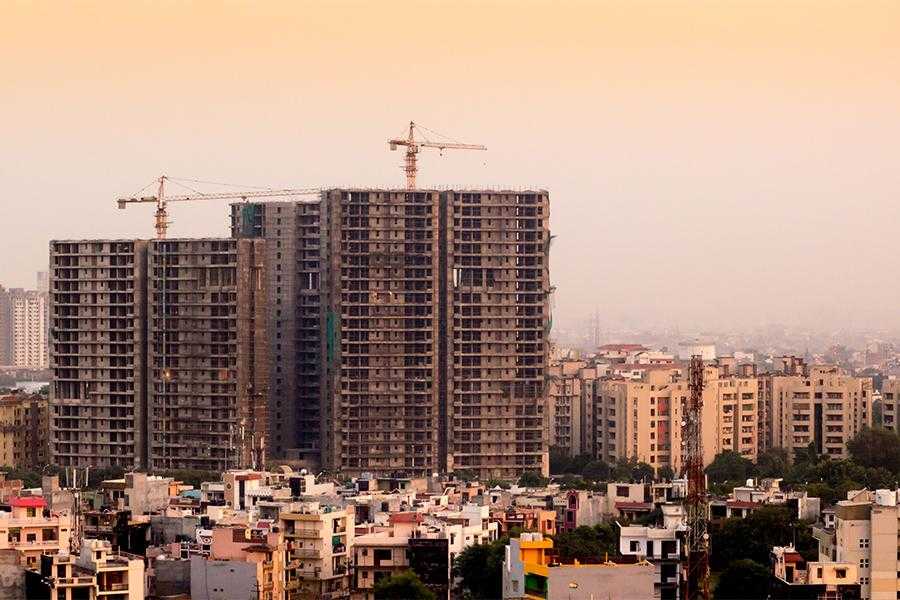 What was wrong with the real estate market in India?

The bulk housing market in India is only a few decades old. In the 2000s there was a shift from plots marketed as residential units by a few select developers or development authorities to aggressive construction (as seen now) by a multitude of unknown companies. Go back to the mid 1980s and early 1990s, when the only accessible mass housing in mainland India was G+3 or 4 (ground floor plus three/four floors) walk-up housing provided by rental agencies. development such as Delhi Development Authority (DDA) or Ghaziabad Development Authority (GDA).

The year 1998 was a watershed year in the Indian housing industry when the first Housing and Settlements Policy was drawn up which called for greater private sector involvement in housing to be able to meet the ambitions of the middle class. The opening up of the economy in 1991 and the ensuing rise in wages fueled the ambitions of the middle class who now traveled to newer cities in search of employment. To make this dream possible, affordable housing finance at around 8.5% interest has also been disbursed through the housing finance branch of regular commercial banks. Life Insurance Corporation (LIC), Punjab National Bank (PNB) and Syndicate Bank have established housing finance branches. The National Housing Bank, which was established in 1988 as a refinancing agency to make the housing sector affordable, was given broader powers, including the regulation of housing finance companies until 2019.

Offered at affordable rates under a hire-purchase system that allowed consumers to pay for it over 10 to 15 years, these catered to the older population who used their retirement benefits to make the deposit and pension amounts to pay the monthly payments. Consumer credit was unknown. What was available came from regular banks at 16.5% interest. The first reform aimed at privatization came at this time when development authorities allocated land to groups of registered buyers to build Cooperative Collective Housing Societies (CGHS). By the mid-1990s, this too was mired in fraud, and over 3,500 houses in Dwarka (Delhi) remained incomplete due to irregularities in operations. Many still languish. This was the first round of structured frauds in the Indian property market.

His intention was to make finance and land available at cheaper rates. The movement aimed to enable working people to own a home. But social sector bonds were in place and foreign investment in housing was not allowed despite a lot of foreign money flowing into commercial real estate. The floodgates opened during the period 2001-2004, when interest rates on home loans fell and private developers began to get money to launch multi-storey condominiums with common maintenance. and lifestyle characteristics. This first generation of professional developers created housing for the masses. The government, for its part, has given tax breaks under Section 80IB(10) to developers who have built 1,000 square foot houses in Delhi and Mumbai, and 1,500 square foot houses in smaller towns. cities.

Markets had overcome Harshad Mehta’s 1996 stock market scam, SEBI was in place to protect consumers and the National Housing Bank was set up to refinance banks for housing loans and also act as a regulator for the few 34 housing finance companies. . Investors between 2004 and 2006 came up with a new formula. They paid the nominal amount/down payment for the apartments with money earned on the stock markets or from the sale of a previous property and used borrowed money in some cases to pay the installments. As more speculators meant more cash flow, by mid-2006 the end user had been squeezed out of the market. In a 2006 housing affordability survey, most end users said they felt prices were beyond their means.

The tax relief was from 1998 to 2005, which was extended to 2007. The houses benefiting from this offer were to be completed by 2012. The developers were new and started bringing houses to a hungry population and with easy access to financing, for the first time. In the history of independent India, a large number of young professionals in their forties started paying for their own homes. Homes took 2-4 years to build and buyers began to pay for the home based on square footage. Soon, demand exceeded supply, and a batch of buyers made money by buying at launch prices and selling at market prices well above launch prices. This avenue of investment where quick and high profits could be made created a new breed of investors.

Speculators flourished and a whole generation made money by timing their entry and exit from the real estate market. Advised them in these investments a large number of brokers who worked on commissions of 4-6% from developers. Many have promised to pass on a percentage of the commission to buyers, enticing them to enter the real estate market. It was a golden time for those who invested in homes for quick returns, as well as for brokers and developers – it was the actual buyer who had the end of the stick. What happened during this period was the prelude to greater horrors that were soon to unfold in the Indian residential real estate market.

Carry out auto loans on a new vehicle with this specific time out of a phrase build monetary experience?